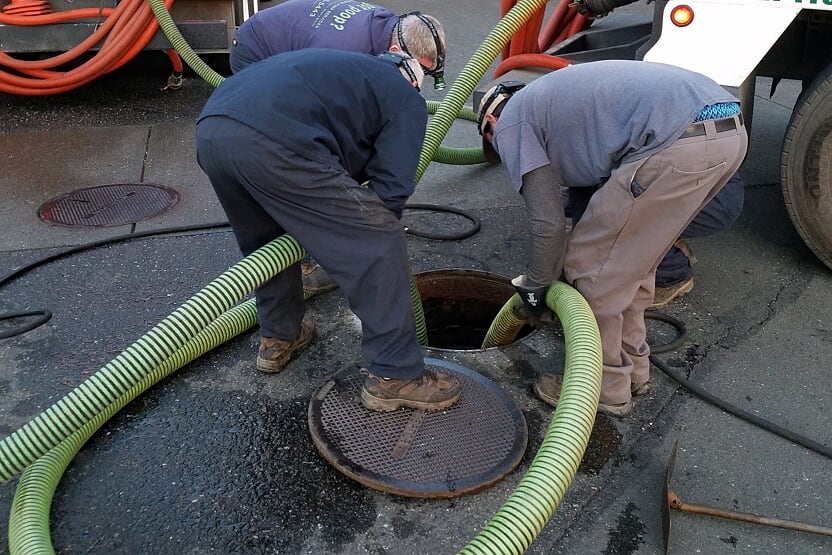 Boston is known to be one of the oldest cities in the United States. But there is more to Boston than the title of being one of the oldest Cities. The City is also known for its famous baked beans and its actors, including Mark Wahlberg, who hails from Boston. Being one of the first cities in the country, Boston is also growing at a remarkable pace. This increasing population only means one thing- more mouths to feed. The food industry continues to boom with more and more restaurants making their mark in the City. This growth in the food industry also means a higher demand for grease trap companies to dispose of grease produced by these businesses. Boston Grease Interceptor Pumping has been serving “The Hub” for a long time earning us a warm spot in the hearts of Boston restaurant owners.

There is no arguing that grease trap technology has given us a unique opportunity to ensure the safety of our sewer systems. The City cannot afford any back-ups or overflows that affect the whole neighborhood, and only grease traps can prevent this. Restaurant owners who fail to comply with the latest City Codes can expect hefty fines as a result. Grease trap technology keeps business owners in business and health officials on top of their work. However, there is more to grease traps than installing them and leaving them be. You also have to keep them well-maintained, so they function correctly.

The moment you decide to open a business in Boston, the first thing you need to do is get a grease trap installed. Once this is done, you also have to stick with a regular maintenance schedule provided by the authorities and contact a professional grease trap pumping company to do the job. This regular cleaning ensures that your grease interceptor continues to function at an optimum level and also prevents the chances of blockages or overflows. There are a few questions, both old, and new restaurant owners ask us about grease interceptor pumping. Here are just three:

1. Does a grease trap with a small capacity also need maintenance?

Very much so. Grease traps that are installed under your sink have a small capacity, which means that they also fill up faster. They can only hold about 50 gallons of grease, so you will need to regularly contact a grease trap pumping service to get rid of the oil. Usually, small grease traps need pumping once or twice depending on the size of the restaurant and the amount of oily food prepared. The only advantage of grease traps is that they are easily installed and have a cheap upfront installation cost.

These large interceptors can hold from 750 to 4000 gallons of greasy waste. Such high capacity means that they require large spaces, which is why they are installed underground outside your kitchen. These underground chambers have to be excavated, which requires more labor and, therefore, higher cost. If you have a grease interceptor installed in your kitchen, you may only need it pumped once to three times a year, depending on the amount of grease you produce.

3. How often should my grease interceptor be pumped?

The frequency of your grease interceptor pumping schedule will depend a lot on the guidelines set out by the Boston City Health Department. Before a fixed schedule is provided, they need to get to know your business a little more. For example, the size of your grease trap will influence how often you need pumping. Smaller grease traps require more frequent pumping than larger ones.

Another consideration is the amount of greasy food prepared in your commercial kitchen. For fast-food joints or restaurants that cook high volumes of fatty food, the rate at which the grease interceptor fills is faster. Restaurants that serve few fried dishes or that are small-scale could require less frequent visits from a grease pumping service. However, there is one thing that both types of restaurants have in common- they both have to empty their grease traps when they reach 25%.

The 25 % rule is a general rule followed by most States in the United States. This rule ensures that restaurant owners are always ahead of their grease trap pumping schedules and reduces the chances of overflows due to full grease traps. Emptying your grease trap when it has only reached 25% puts you in a safe place where you are not at risk of fines or penalties from authorizes.

We suggest that you call Boston Grease Trap Services the moment you notice your trap has reached its allowable limit. Health Inspectors regularly conduct inspections and check the Maintenance Logbook of each restaurant, so always be on the safe side.

Having issues with your Boston grease trap interceptor? Our hydro-jet cleaning service is the solution!

One thing every restaurant owner should know is that their grease traps will never be 100% empty. Once installed, there will always be amounts of oil that can solidify and turn into sludge. The sludge sticks to the edges and sides of the interceptor chambers, making it hard to remove. Unchecked, sludge can hinder the performance of your grease traps and needs to be removed as soon as possible. Because sludge is stubborn, it is not removed during the regular grease pumping and requires a different technique.

Hydro-jet cleaning is the only solution to remove stubborn sludge form your grease interceptor chamber. Boston Grease Trap Pumping offers this unique service that uses high-pressure water jets to get rid of sludge. Once we are done with the regular pumping, our team performs the additional step of blasting away mud with this technology.

GET A GUARANTEED CALL BACK
FROM THE OWNER